In case you aren’t aware, Video Marketing is now the New Norm for spreading your message about your business. There is major brands who are now getting onto Facebook to do Facebook Live Videos as Facebook gives a big push to video. 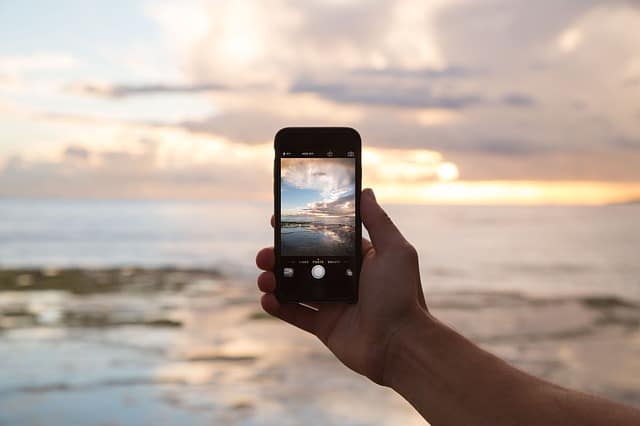 The other factor for the change to video marketing vs. print marketing is that everyone is using their smartphone to check up on products or services as well as the hours open, location and what are the specials for your business. So, if you don’t have a mobile responsive website for your business, you’d better get one soon.

“Marketers are going where the audience is. When consumers need or want something, they reach for their phones. The change in consumer habits goes deeper than simply ‘which device they use’, though, as users have greater power in choosing to seek out their content rather than have it interrupt their TV show or pass them by on the side of a bus; they’re already actively engaged” from  Why video is key to winning the mobile marketing war

Video for Advertising but Different

Business Insider is using Facebook Live Video very  effectively according to the article, and it is well worth reading to give you ideas on how you could use video in your marketing.  They are using clips of existing content and creating new whimsical videos and socially engaging videos for Brands using their experience monitoring what is and what isn’t engaging on Facebook.

“The real goal is almost like creating a haiku rather than a free-verse poem, creating a tight story in a short amount of time. It sounds easy, but it’s exceptionally difficult,” said Peter Spande, chief revenue officer at Business Insider. via How Insider is selling its newfound Facebook video expertise to brands – Digiday

“The trailer went viral, in part thanks to a popular post on the Kickstarter Tumblr blog. They released the trailer four months before the film was available to start gaining momentum and grab the attention of the street photography community. The trailer was shared far beyond diehard street photo fans, including in a post on Gizmodo where they placed an awesome animated GIF — soon the trailer was featured on hundreds of sites from Case study: Publishing content vs. marketing it

The Economist has been using Facebook Live Video like a T.V. broadcast but not at the same quality of T.V. production but they are getting thousands of views and comments.

“For the four weeks leading up to June 23, when the U.K. is set to vote on whether to stay in the European Union, the Economist has been streaming weekly 30-minute live videos…discussing how Britain’s exit from the EU would impact trade, politics, migration,… finance. The videos are averaging around 45,000 views, peaking at 2,000 at any one time and get around 500 comments, 10 times the interactions that links to articles get (helped, of course, by Facebook’s prioritizing video in the newsfeed).”

from ‘Between scrappy and slick’: How The Economist is using Facebook live video – Digiday

Video for Advertising with unique angle…

“It was about the pancakes being the hero.”

Facebook Livestreaming of three stacks of pancakes on the beach got thousands of comments about whether they were on a beach or fake and occasionally a prop pot of coffee would enter the shot. People were willing to watch it and make comments from within the Facebook stream.

“We had a captive audience for 171,000 minutes. We also had a high volume of comments indicating intent to visit IHOP, so, mission achieved,” Thompson said. via IHOP Livestreamed Some Pancakes on a Beach and It’s the Brand’s Top Social Video Ever

So are you doing video yet?

I have a 21 Case Studies Video Marketing book to get you started on looking for video equipment; what type of videos you should do and tools to create your videos. As well there are 21 stories about Businesses who are using video successful to attract customers here.